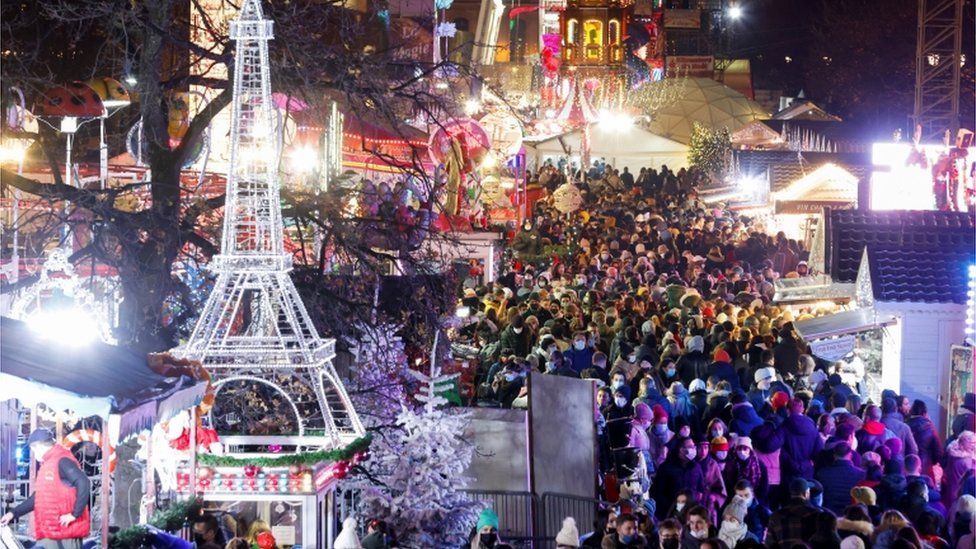 The Omicron variant is "spreading at lightning speed" in Europe and will likely become dominant in France by the start of next year, French Prime Minister Jean Castex has warned.

He spoke on Friday, hours before France imposed strict travel restrictions on those entering from the United Kingdom.

The UK has so far been the hardest hit in the region, with nearly 15,000 confirmed Omicron cases on Friday.

Across the continent, health officials are bracing for a wave of infections.

Additional restrictions were announced in Germany, the Republic of Ireland and the Netherlands on Friday as governments seek to stem the tide.

In Germany - which reported 50,000 new cases on Friday - Health Minister Karl Lauterbach told reporters the country "must prepare for a challenge that we have not yet had in this form".

Meanwhile in Ireland, where a third of new cases have been due to the new variant, Taoiseach Micheál Martin said they were expecting "to see infections at a rate that is far in excess of anything we have seen to date".

Their words came as the UK reported a record number of Covid infections for a third day in a row - more than 93,000 - largely driven by Omicron.
Top